For those who've been reading about my recent drama...

... The storm is over. A powerful full moon eclipse indeed.

According to Leo's horoscope, Friday 27.11. was meant to be my lucky day... instead, I abruptly ended something that's only just started (well, 3 months in). And it must be said that it's been quite good, healing, and exciting too.

I guess I couldn't take the unfamiliarity of it and the mellowness amidst all the chaos in the world. You could say that I was craving a comfort zone where I wasn't being triggered and acting like a little girl would have been appropriate. Familiarity for me is two people fighting over silly things, misunderstandings, and unexpressed emotions. Lack of love and care is familiar but it's not true in the new world that I've been co-creating. So I stirred things up a bit.

It only proves that not all storms are destructive...

On Saturday, he put a stop to it... My Saturday night was horrible.

On Sunday I felt quite composed and thought that if anything, he taught me how not to get swayed by my emotions and not overreact and panic... Sweet, I can handle this...

Come Monday, I'm a wreck again. Anyway, I journal, I read, I bake, I clean the house - metaphorically and literally too, it's a big house I'm staying at.

In the evening, we break the silence. 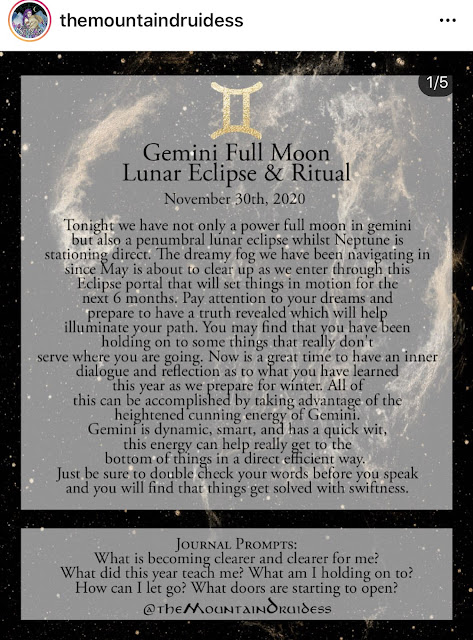 Posted by Pavlina Lioness at 8:22 PM No comments:

Yes, we tend to attract our opposites. But how well does it work?

I tried to make the internal shift, go and meet more sensitive men, someone who'd - like me - be able to communicate about emotions and who'd be able to show some loving feelings towards me - if it came to that. I had no intentions to take my meetings beyond friendly chats and slightly philosophical discussions. None whatsoever. If anything, I was getting an ego boost. My ego felt threatened by Chris's coolness/ambivalence occasional standoffishness and the fact that he's gotten out of a long-term relationship not that long ago. Was I just a healing tool? A bandaid on something he should have inspected before plunging into yet another dysfunctional relationship?

Was it a relationship?

I felt separate and alone most of the time, except for 1 or 2 days immediately after our sporadic, yet amazing, dates. Still running on post-coitus high, I'd feel madly in love as if he and I could withstand anything, even this fucked up pandemic and stressful jobs.

I felt afraid that I was more invested in the emotional side of things than he was, and since he's shown me just the physical engagement, I felt that I needed to detach myself a little. I called it - 'positively detached' because obviously, I knew where my heart was. In the meantime, I needed to shift my focus, relax and perhaps even meet other people, other men who'd provide some contrast to what I was experiencing with Chris. I'm only just learning about myself and how affected I still am by the past failed relationship attempts and by the worst possible role models one could get in childhood.

That's why I liked scheduling my other meetings at that time when I didn't feel too frustrated - that would come a day or two later. Meeting up with a fellow Buddhist, whom I nevertheless met through an app way before I met Chris, felt innocent. It made me appreciate Chris's masculine traits even more.

But balance is key. Overwhelm by emotions cause me to sabotage and self-destruct myself like nothing else. And a masculine man will destruct everything else, even something like an uncomfortable push so he could finally break his heart open.

I possibly fucked up. Unlike him saying "There's no point in splitting hairs...", I think that there is.

It's no trivial matter. It's our future - possible individual futures. I learned that since I've been betrayed so many times in the past, my current coping mechanism is to mistrust, spread my nets far and wide, have a plan b, c, d, e.... and not count on a man for anything.

Of course, that's not fair and must feel hurtful to him!

I shall not do that again. But... trust in life supporting me must be rebuilt first.

What lesson could he possibly learn from this? Perhaps the fact that without communication, even at times of stress and amidst feelings - like withdrawing back to the man cave, there'll always be misunderstandings and arguments. It is possible to prevent that by simply letting the other person know what is going on.

Especially if the other person, I - in this case, have deep abandonment wounds...

I did not expect it would be so bad until it came to it.

Well, it's time to embrace my inner masculine, harness its objectivity and problem-solving skills. It's time to find a balance of emotionality and coming back to my center of stillness. It's time to focus on solutions and screw the shit old stories I run through my head about how much I suck at relationships. (Fuck yeah, I USED TO stink.) NOT ANYMORE.

He's letting me walk away. Without a proper fight, without acknowledging that he's fucked up too. It's never a one-way street. I had reasons for acting how I did. That is no absolution though.

I definitely love the man he is. I just need to feel loved too. I can't go through life feeling deprived. I've worked hard on feeling worthy to receive, so it hurts to see a man perfectly capable of giving and receiving love, yet not doing either. 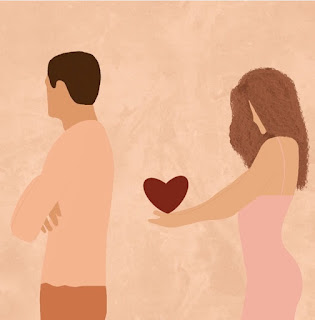 Posted by Pavlina Lioness at 10:55 AM No comments:

Is the fear of rejection running the show?

Never have I ever shown the full capacity of my love to anyone. Possibly not even to myself.

Naturally, I've been attracting men who know that they will not need to worry about my smothering them with affection, because - I'm just too cool for that. What they don't know is that I'm too afraid of rejection and abandonment to commit.

The men I date have no idea how to show feelings either. I provide a safe haven for their stalling. It makes the relationship comfortable. A little frustrating too. Yet we both perpetuate a slight drama, perhaps touching on childhood wounds of abandonment and love withdrawal where it all started. Now we're re-creating a sense of familiarity and a vicious cycle of settling for the same thing that never worked. One thing is texting him that I'm in love with him, and completely another is to show it to him - or - want to stay with him for that matter.

Love is not enough.

Many relationship experts, like Esther Perell or Matthew Hussey, say the same thing. You need more than love for one another to make something work. Willingness, compactibility, the same values and trust as some of the fundamentals.

And then there is the Russian saying that I like: Love won't feed you.

Indeed, to love someone doesn't imply that you trust them, want to stay with them, marry them, or protect them and support them. What is to love when it is not a promise of undying feelings and togetherness? That's the million-dollar question.

I know that I love Bali.... but would I want to settle down and live there? Probably not.

I love my protege - Am I willing to look after her for longer than I need to? Uhm, no.

So what does love propose, if anything?

Love is not a commitment.

And love is not an attachment...

I'm inquiring into my heart because the last few weeks have been an emotional rollercoaster.

I wish he would have met me at the time I felt more empowered. But my past work would have not offered fertile grounds for a romance. Not a healthy one anyway.

I'm transitioning, finding a new purpose, yet the global pandemic is affecting my mental health.

I'm not the one to adopt the false assurance of victimhood. I hate excuses for not living your best life and I never want to succumb to complacency. I never identified myself as a victim and I'm not going to. That being said, stress does get to me and I act out of control if it's left unchecked! Checking I do, but realistically, I'm an intuitive, sensitive, spiritual sponge and even the grim British weather has the power to backstab me.

Still, I manage to get up and go... I'm just wondering if he's a part of those next steps. Possibly more empowered steps, not back into the past, but into the future where I WON'T let my fears run the show. Mainly, not the fear of rejection. I'm tired of living half a life, half a romance and half a career.

To top it off, he still acts like love is a dirty word... let's avoid the topic, "let's not lose our minds"

Well, I know it's early days. Let me just say that even though sometimes I love you, and sometimes I don't feel anything, I can still leave you and I expect the same freedom of choice for you too... Does that make the situation easier now, darling?

Posted by Pavlina Lioness at 7:42 PM No comments:

Something they don't teach at schools, yet it's quintessential of a decent human being.

I argued with the 'parents' today...

I've never taken a course of non-violent communication, but I can just imagine that's what I've been striving for when finally breaching the weeks-long silence... As we were deep amidst the arguing, I felt like saying: Well done, let's get it off of our chests, let it pour, let it get the light of the day... the festering period, the silent rage is not doing anyone any good.

I didn't know how to communicate with my own parents. I was a teenager when I left. Silently, without any explanation. The theme carried on, even when we superficially reconciled.... we just tolerated one another and desperately tried to avoid any conflict. Right, a conflict would have been perceived as bad... For that matter, we tiptoed around one another or retrieved to our perspective caves if a storm was on the horizon... and let me tell you, there's always a storm on the horizon when things are left unsaid.

I got tired of walking on eggshells.

With this family, I have a chance to start anew. Start bold, fresh, true to myself, leave no stone unturned.

We argued, we said stuff, we raised voices, I cried, we understood the other, we yielded, we grieved, we listened... we settled.

The storm was over, a rainbow appeared.

It's not wrong to argue. Quite the opposite. Only now I'm learning the 'how-to'.

Posted by Pavlina Lioness at 3:17 PM No comments:

Want to receive my weekly e-mails?

Pavlina Lioness
Hey! My name is Pavlina. I have lived an extraordinary life full of adventure while traveling and living all over the world from a few months up to a few years. I published my first blog in 2016 as a form of self-therapy. Throughout the whole 2 years of blogging, I called the man who broke my heart 'Him'. In 2020 I am, of course, a lot wiser. My new blog 'The Holistic Blog' is a reflection of my personal growth. I'm harvesting all the seeds that I planted not only during that heartbreak, but also as a result of self-development seminars, new age courses, meditation practices and working with other healers, psychics and coaches since 2010. My writing is directed mainly towards women. When I'm not blogging, I am life coaching, drinking matcha tea, snacking on ceremonial chocolate or tackling marketing myself as a holistic therapist, sexual assault prevention activist, and energy healer. More details about me in the tab: ABOUT ME